Nigerian singer, Mr.Eazi has stated that former governors and other government officials who are now coming out to speak about the unrest in the country are all part of the problem.

In his tweets, the singer, while warning the youths not to get carried away said the old politicians have been killing the country for years with corruption.

Guys pls don’t get it twisted all these old Governors & Government people coming out to speak like them righteous are all part of the problem!! They started this!! They might have not killed us with Gun but they killed us for years with corruption #ENDBADGOVERNANCE 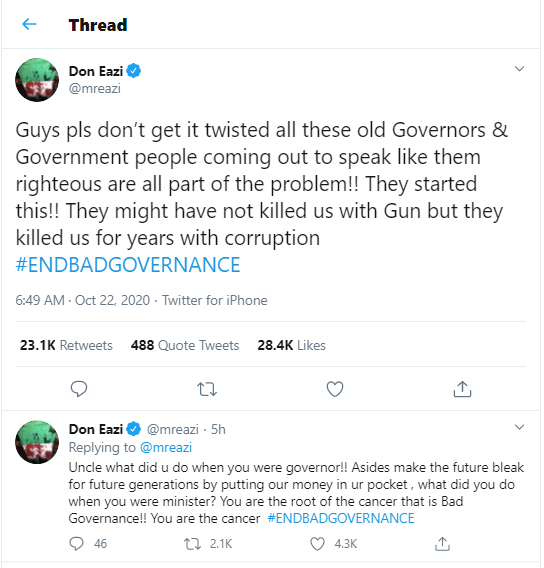