Nigerian youths are calling for a former SARS officer who is now SSA on security to the Anambra state governor, to be prosecuted for the crimes he allegedly committed while with SARS Awkuzu in Anambra state.

Currently number one on the trend table in Nigeria is the name CSP James Nwafor. Chief Superintendent of Police, James Nwafor served as commander of the dreaded police arm of the Special Anti-Robbery Squad in Awkuzu, Anambra State. 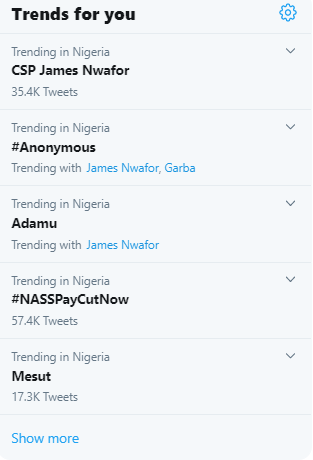 Even before the recent end SARS protests began, Twitter users had been accusing him of committing heinous crimes against Nigerians youths, most of whom were taken into the dreaded SARS Awkuzu station and never come out.

Back in July, a woman accused him of extra-judicial killings. She claimed he was responsible for the disappearance or possible death of her brother. 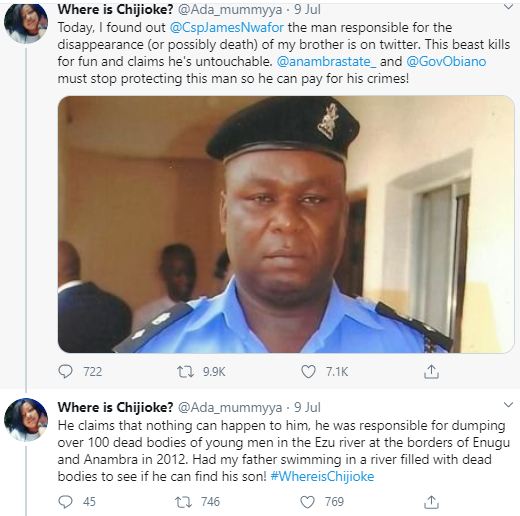 It is alleged that under CSP James Nwafor’s leadership, multiple youths were detained at SARS Awkuzu before being killed and their bodies dumped in Ezu River, Anambra. 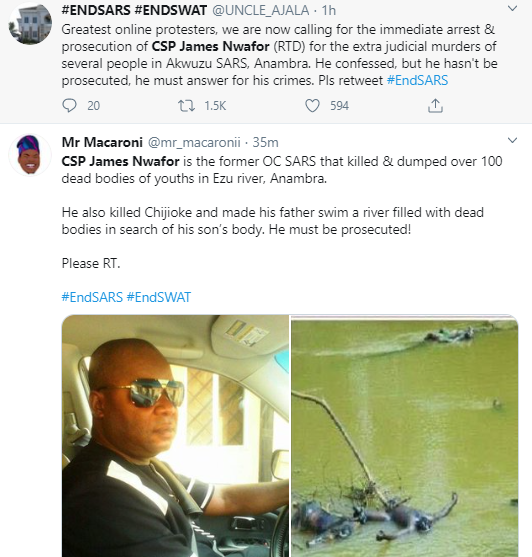 Now, Nigerians are calling for him to be tried and prosecuted if found guilty of all he’s been accused of. They also state that a man accused of crimes of such enormity should not be given an exalted position as the SSA to the governor of the state where the alleged crimes took place.

Last night, youths gathered at the Government House in Awka, Anambra state, as they called for the immediate probe of CSP James Nwafor. They stated that protests will not end until CSP Nwafor is probed. 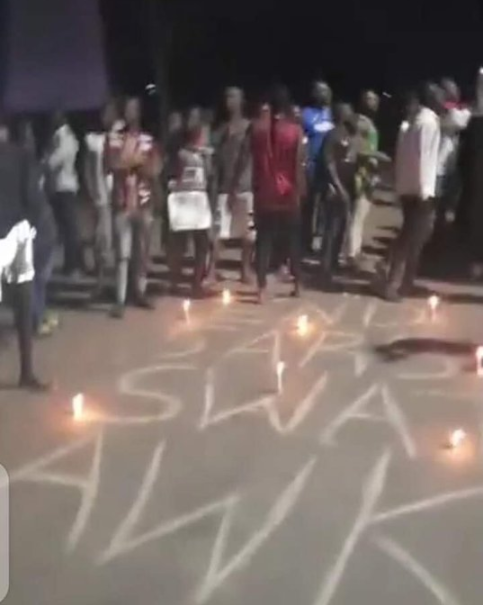 Below are some tweets on the matter. 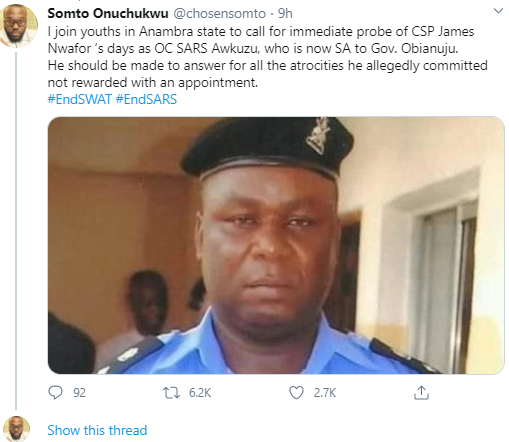 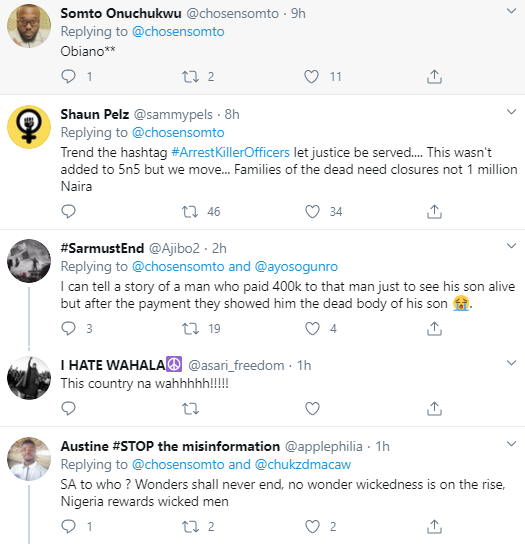 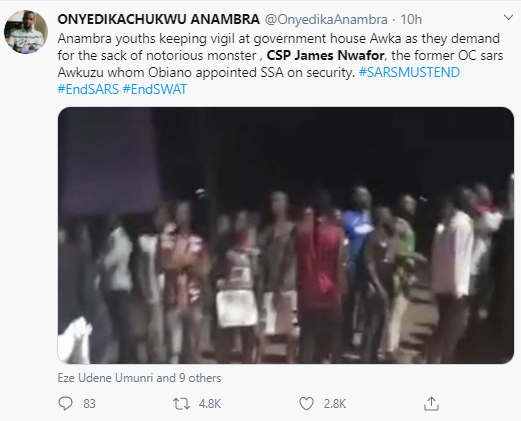 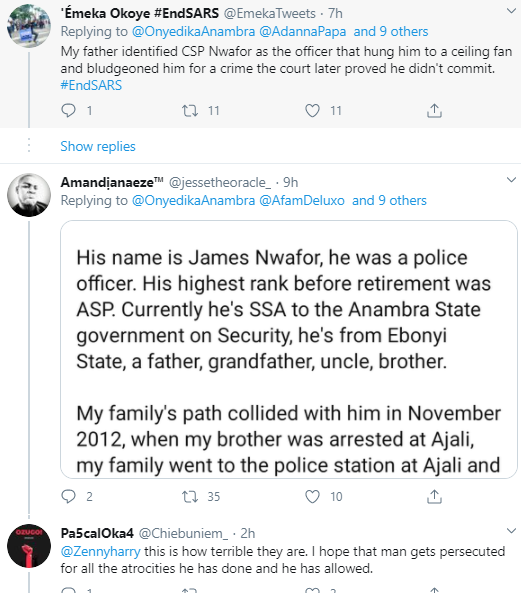 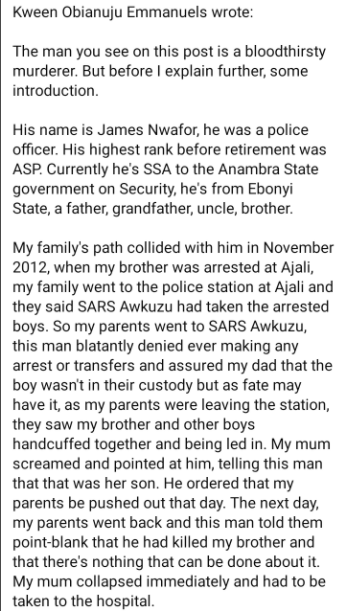 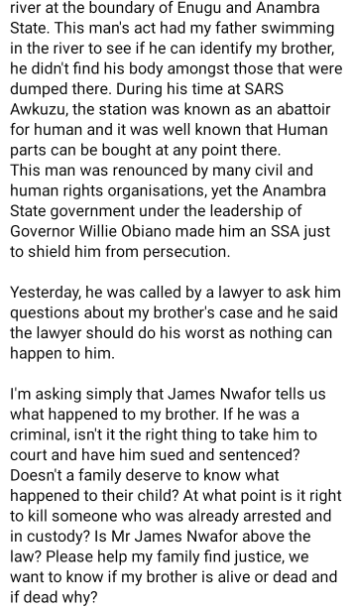 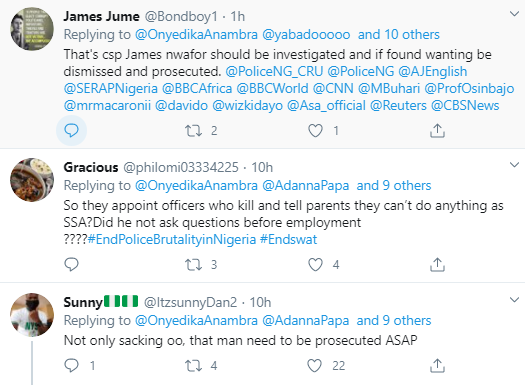 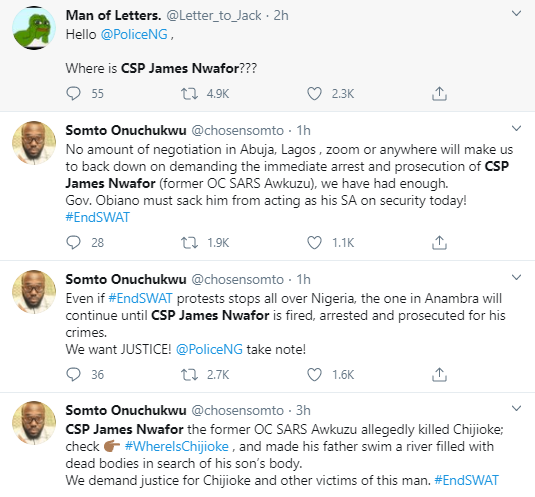 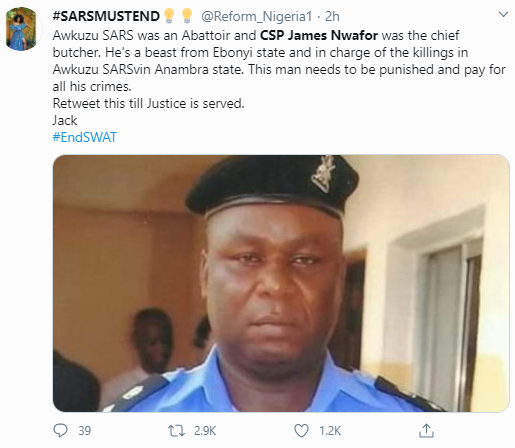 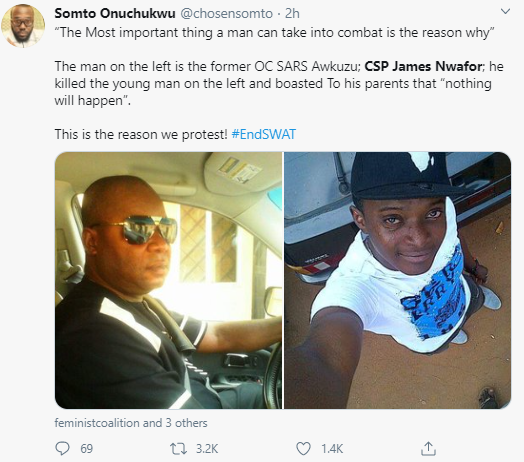