A medical doctor took to Twitter to narrate an encounter he had earlier today with an 11-year-old male patient who had maggots coming out of his butt after he was raped by a male neighbour.

Dr Bright Oris said the boy was brought in today, June 17, by his parents after his mother noticed maggots coming out of his butt. The mother became suspicious when she observed he had difficulty sitting down properly, so she checked him while he was asleep.

The boy later opened up to his parents that his abuser is their former male neighbour – a married man. The neighbour, who is now on the run, had been raping the boy for over three years and threatened to kill him if he tells anyone. It began when they were still neighbours and continued even after the boy’s family moved. The neighbour continued to visit them at their new house and would sometimes take the boy with him.

Read the thread below. 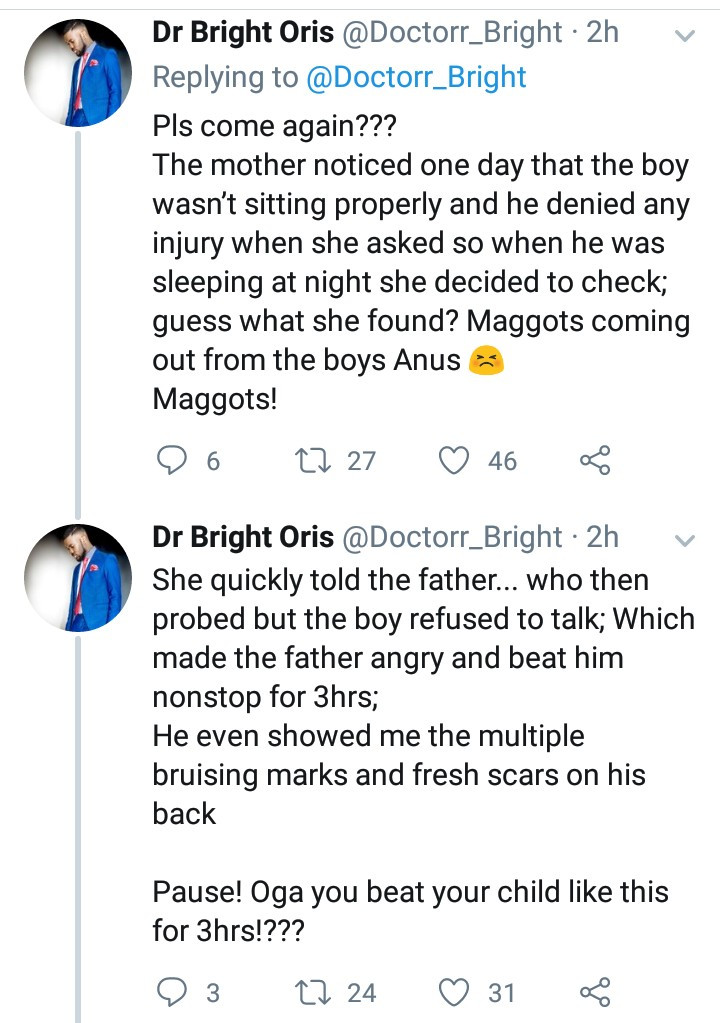 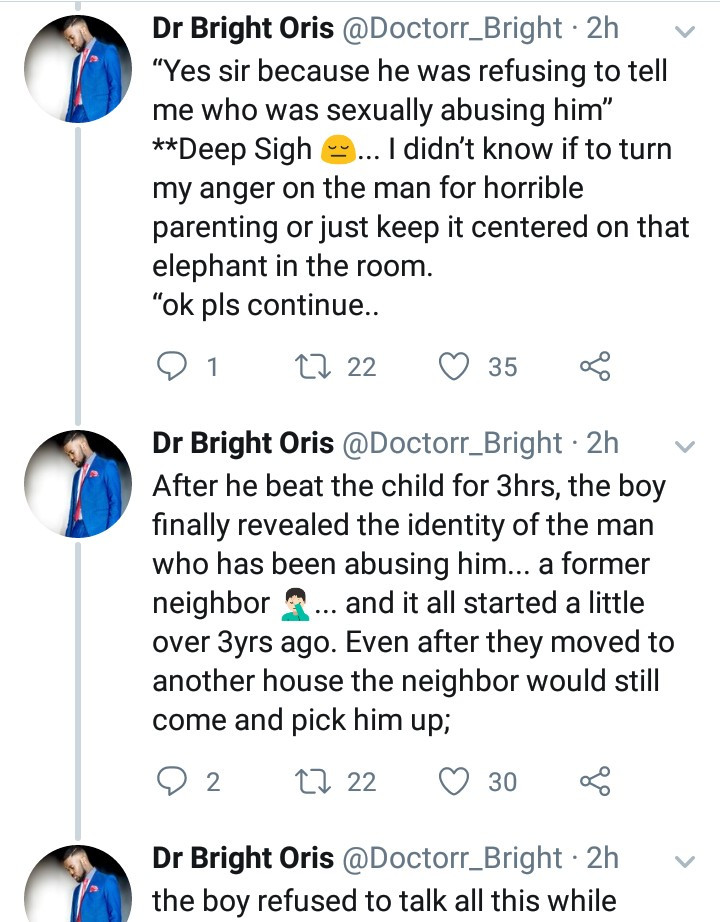 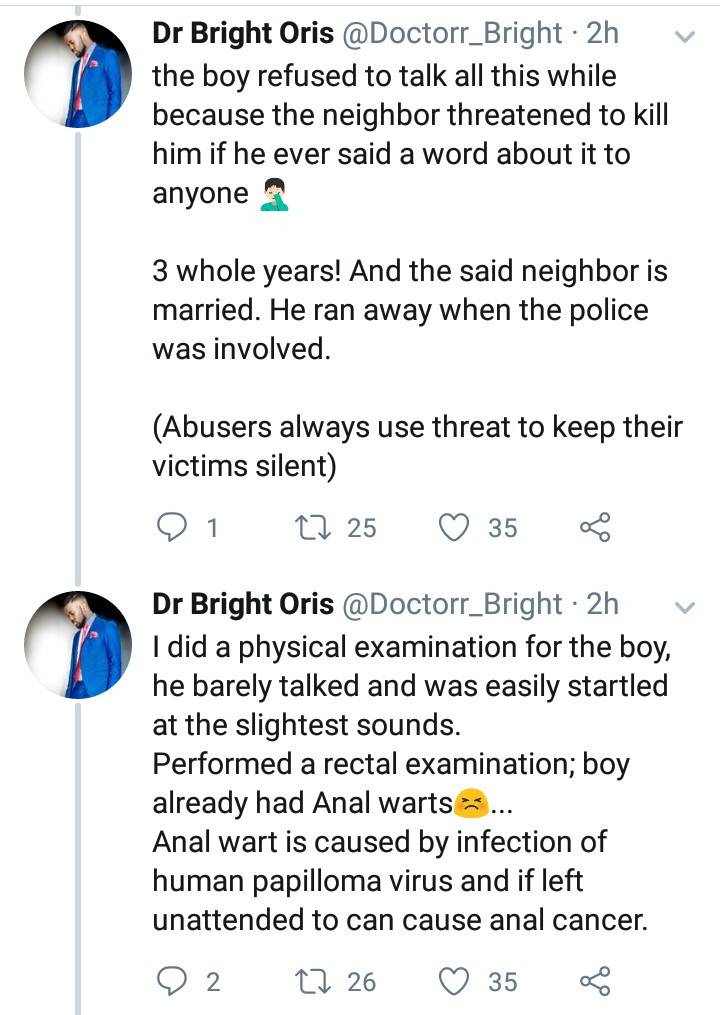 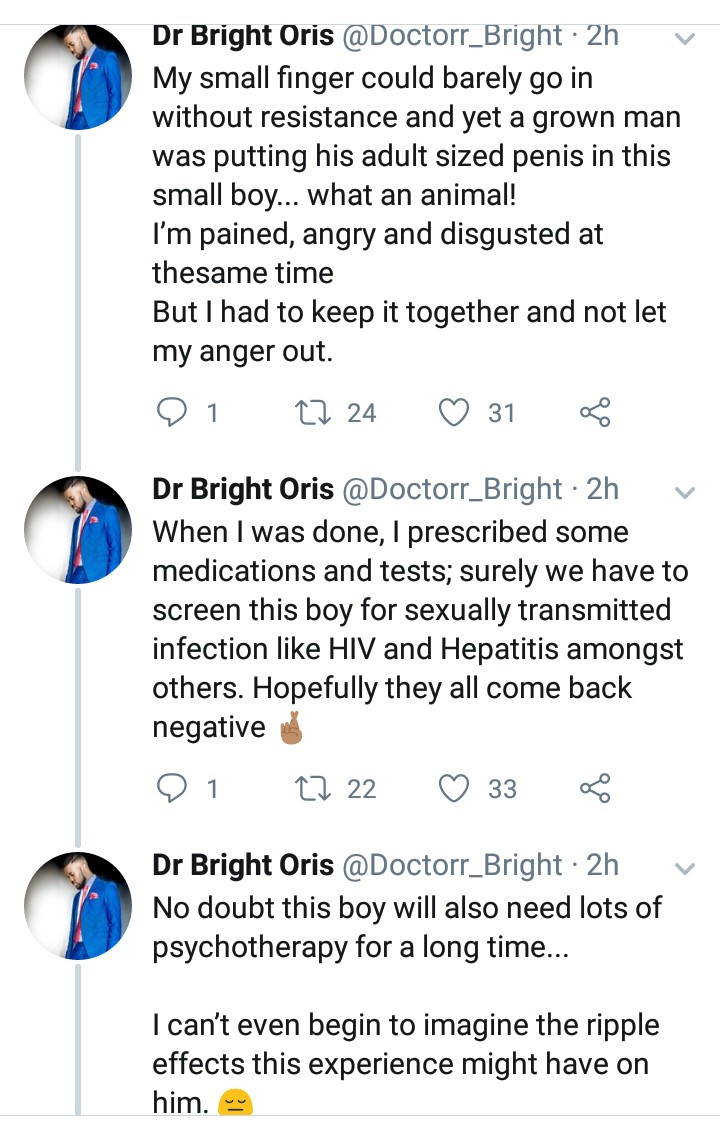 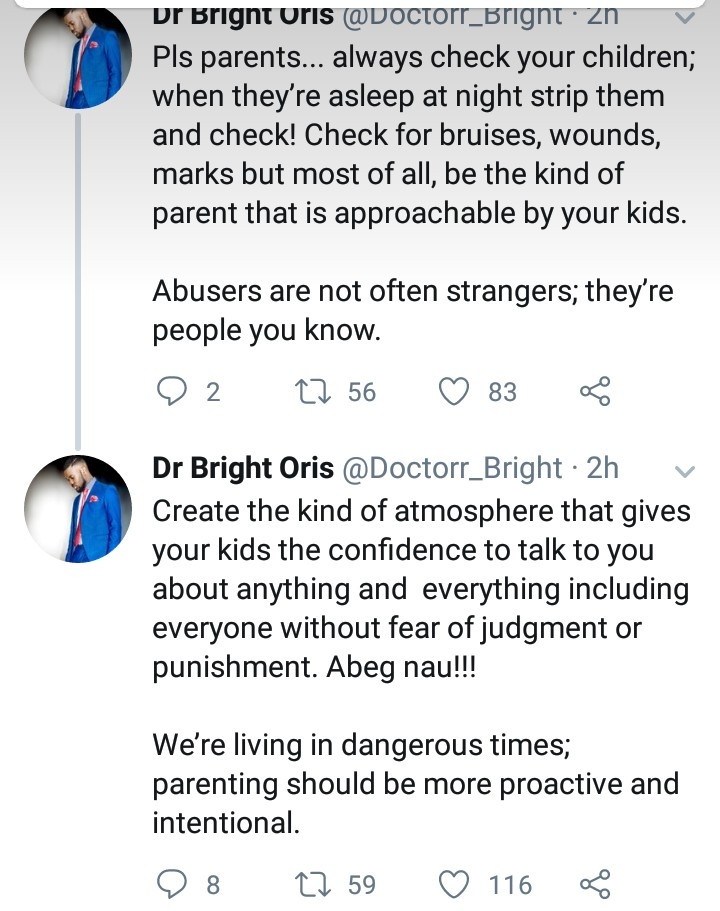 Post Views: 157
READ  FCT minister to prosecute Naira Marley and others over concert