In a Twitter thread, a user named Simoné, who uses the handle @girlpowertbh shared screenshots of an alleged conversation between herself and D’Elia from 2014, when she was 16 years old and alleged that she was “groomed” by D’Elia .

Simoné wrote: “for the longest time I thought it was embarrassing for ME that i was interacting with this older man but he was the one who DM’d me on twitter and was the one who was twice my age and was the one that used the power imbalance between us to his advantage so f*** chris d’elia.”

In subsequent tweets, Rossi wrote that she was “groomed by a stand up comedian twice [her] age,” but never met up with the comic because she ultimately got “a boyfriend [her] own age.”

She added that D’Elia “was the one who DM’d me on Twitter” and “used the power imbalance between us to his advantage.” Wrote Rossi, “I am also definitely not the only underage girl he did this to … Fuck you Chris D’Elia and also Netflix I highly doubt casting this creep as a pedophile was a coincidence.”

Shortly after the thread went viral, other women came forward with their allegations sexual harassment.

The She Rates Dogs shared series of screenshots of anonymous users who have made allegations against the stand-up comedian,  including one user who alleged that D’Elia “solicited nudes from minors in Vancouver and tried to f**k her friend when we were 16.”

See some of the screenshots below. 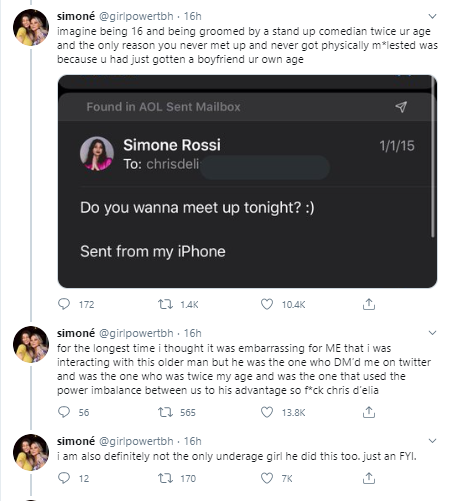 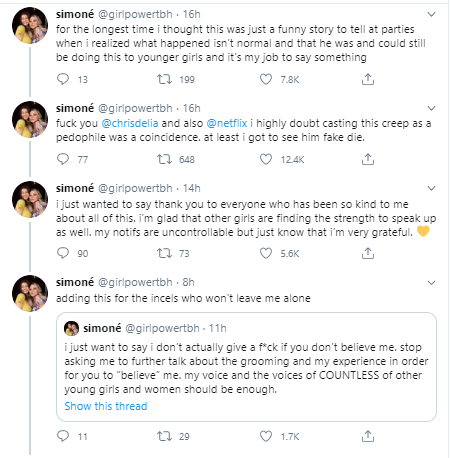 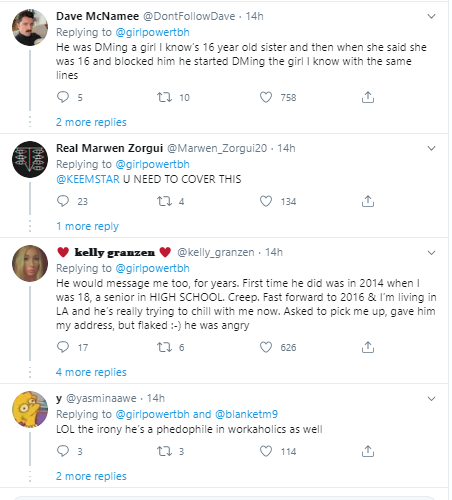 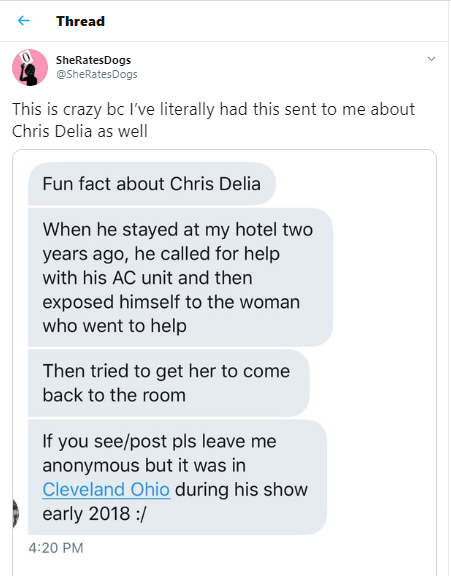 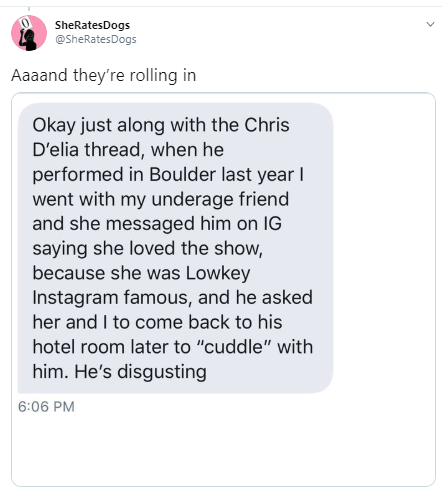 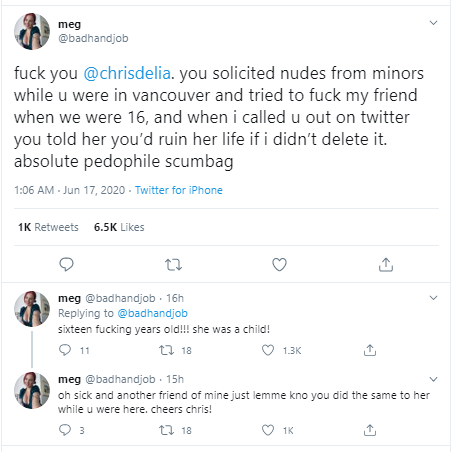 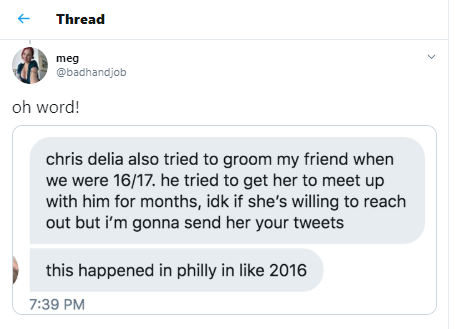 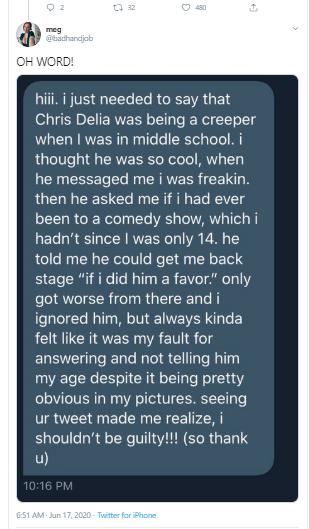 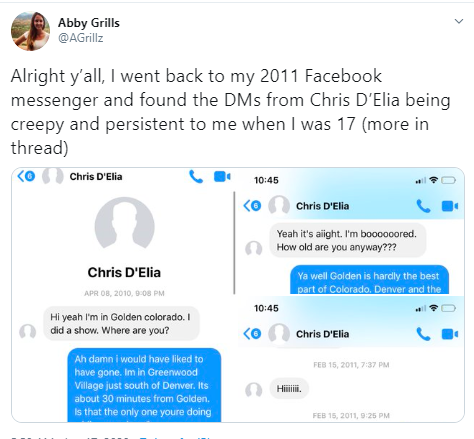 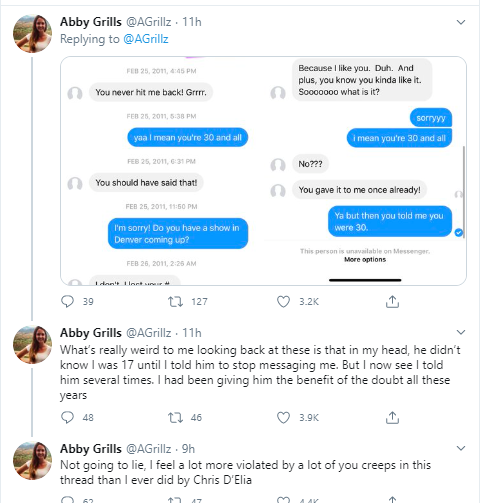 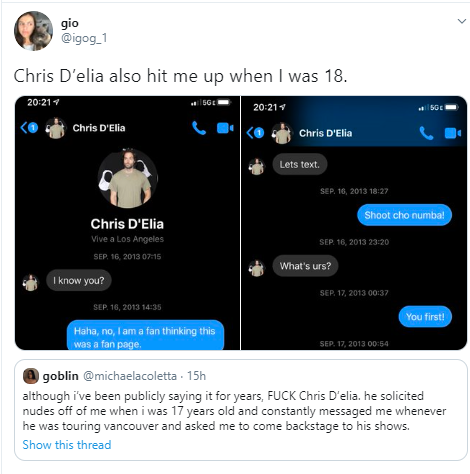 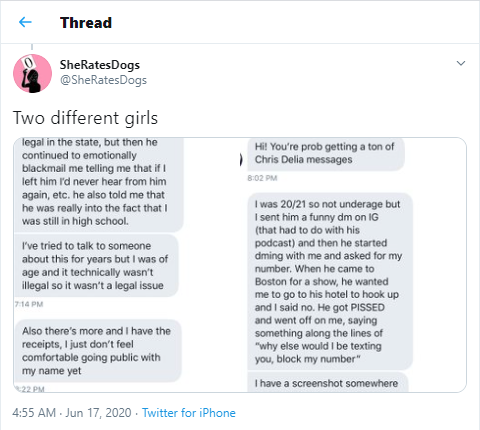 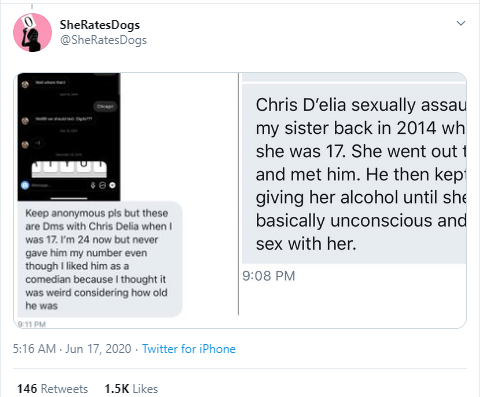 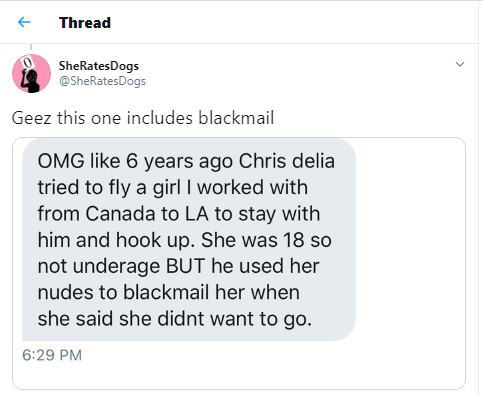 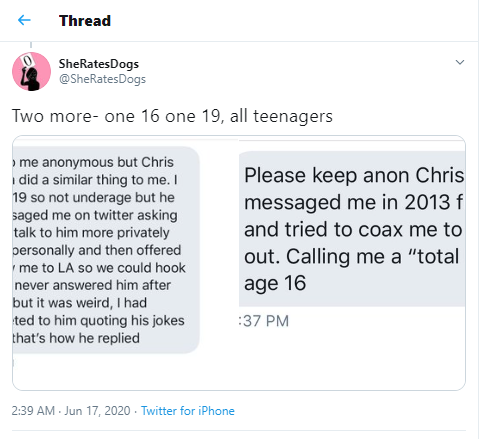 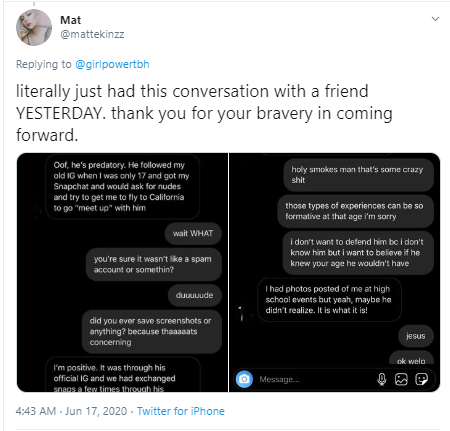 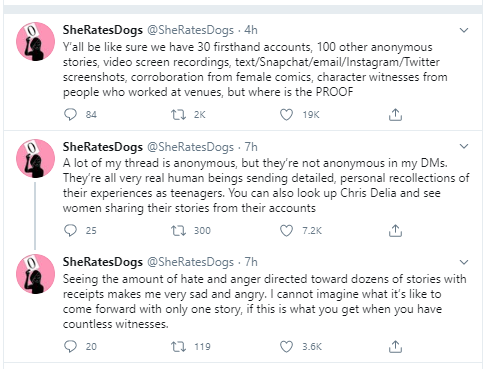