A distraught woman was seen in a viral video crying after she was allegedly sent out of a police station in Abia state, after reporting a rape incident perpetrated against her daughter.

Twitter user @bimbo_cash said the lady was asked to leave the police station after reporting that her 5-year-old daughter was raped by a 30-year-old man. The video was recorded by a good Samaritan who showed concern.

The lady claimed she was assaulted at the police station by policemen who asked her to go home and treat her child with her own money, after allegedly receiving bribe.

So a 5 year old was raped by a 30 year old and the Nigerian Police dismissed the case asking the mother to leave the station with her child . She was found crying in the dark of the night . This happened in Abia .@PoliceNG You need to do something about this immediately

Apparently, it was a passerby that saw them crying that made this video . If you know the woman in this video . Please contact 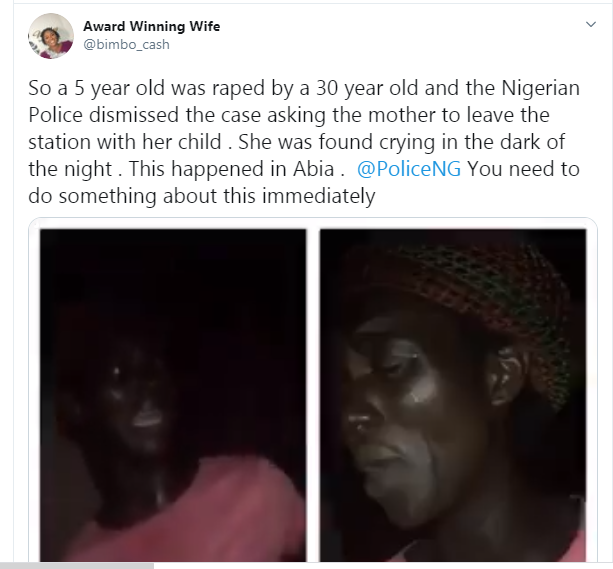 The Nigerian Police acknowledged the video by tweeting;

Your complaint is hereby intercepted and investigation initiated. Tracking Number will be issued shortly. Kindly DM your phone number to facilitate action. Thank you for contacting NPF-CRU. 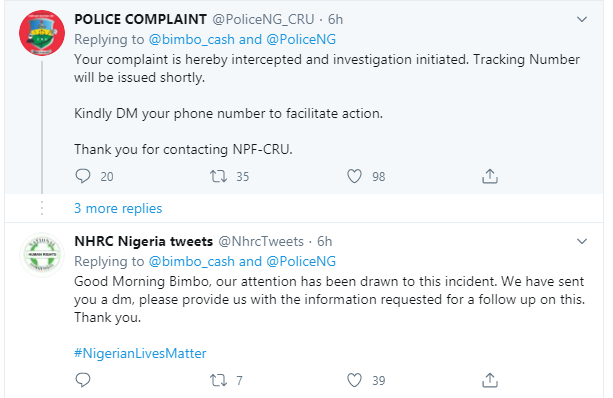